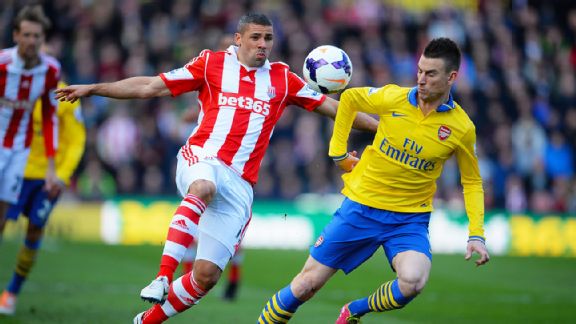 Walters stepped up in the 76th minute to slot home a spot-kick he had won when his flick struck the arm of Laurent Koscielny in the Gunners box.

The result, coupled with Chelsea’s win at Fulham, means second-placed Arsenal are now four points adrift of the Blues with 10 top-flight matches left to play each.

Meanwhile, Manchester City in third are two points behind Arsenal with two games in hand.