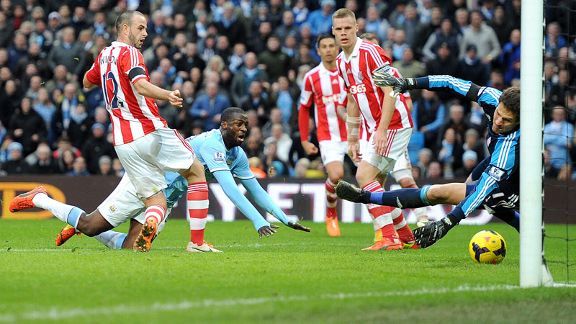 After two league games without a win and defeat to Barcelona in midweek, City were facing more frustration at the hands of their former manager Mark Hughes when Toure struck after 70 minutes.