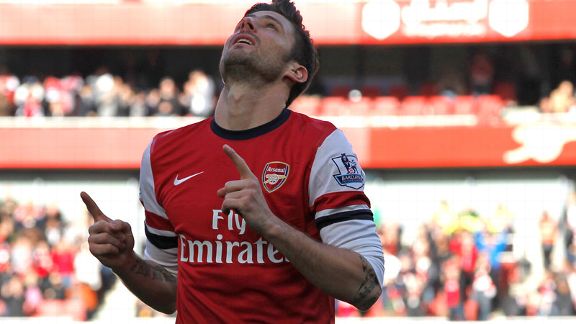 Arsenal took out their Champions League frustrations on Sunderland as Olivier Giroud put aside his recent off-field problems by scoring twice in a 4-1 victory at the Emirates.

After suffering a 2-0 first leg loss to Bayern Munich on Wednesday night having played the majority of the match with 10 men, Arsenal returned to winning ways with a dominant win to close the gap to league-leaders Chelsea to one point.