One of the world’s most highly-rated strikers, Aguero draws obvious comparisons with father-in-law Diego Maradona.

At the age of nine he joined Independiente, the team he always supported, after showing great promise in several small-town teams such as Loma Alegre and Los Primos. A few years later, but much earlier than expected, he would fulfil another dream: making his debut in the top division. He was 15 years, one month and three days old when Oscar Ruggeri, by then Independiente’s coach, sent him on as a replacement for Emanuel Rivas with 21 minutes left in a game against San Lorenzo.

Thus, Aguero broke Maradona’s record and became the youngest footballer to play an official game in the Argentine top division. Even though seven months would go by before he would start a game with the team, Aguero had already showed great promise and appeared to be the new icon of Argentine football.

By 2005, the offers from Europe started arriving and he was transferred to Atletico Madrid for around 23 million euros. Aguero has proved his class with consistent displays at Atletico since his arrival in Spain. His partnership with Uruguay’s Diego Forlan has been dynamite for the capital city club, with his pace, power and finishing ability making him a real handful for any defender.

However, his love affair with the club came to an end in June 2011 when he asked for a transfer and joined Manchester City the following month for a fee of around £39 million.

Strengths: His ball control and powerful bursts make him almost unstoppable in the box. A fine finisher went presented with a chance, he has a capacity to create in the most difficult circumstances.

Weaknesses: He sometimes lacks focus and can be selfish with the ball.

Career high: Helping Atletico to win the 2010 Europa League with two assists in the final.

Career low: Except on isolated occasions, he has not yet been able to shine with the national team.

Style: Direct, strong, cool-headed, a bull of a striker.

Quotes: ”Every era has its best soccer player and hopefully Aguero is the best of this. He is going through a very good time and when he has the ball at his feet there is the feeling that something will happen, and always good.’ Does that sound like anyone familiar?” Atletico president Enrique Cerezo, October 2008.

Trivia: A cumbia band called Los Leales recorded a song with Sergio Aguero as the lead singer. The song was written in his honour and is called “El Kun Aguero”. 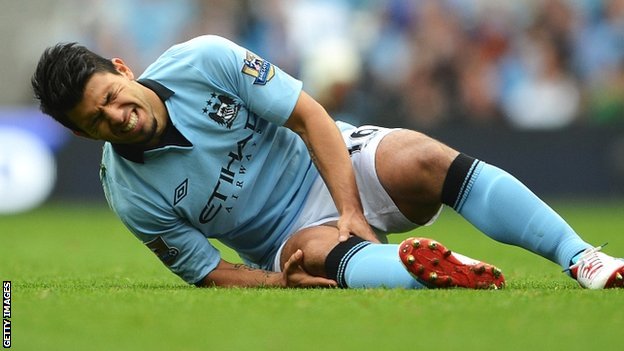