A footballer that divides opinions across the game, Balotelli is viewed as one of the hottest young strikers around, but has courted controversy during his short career.

Beginning his footballing life with Lumezzane, he attracted the attention of Inter Milan in 2006 and made the move on loan before signing permanently for the club in 2007. Given his chance to shine by then-manager Roberto Mancini, he was mainly used as a substitute but impressed against Juventus in the Coppa Italia and claimed his first Italian title after making 11 appearances.

Against Anorthosis Famagusta the following year he became the youngest Inter player ever to score in the Champions League – at 18 years and 85 days – and continued to impress in Italy despite being subject to some horrific racist abuse from away supporters.

A fallout with Jose Mourinho in 2009 saw his attitude and desire questioned, while a reported dressing room fight with his team-mates after beating Barcelona in the 2010 Champions League semi-finals heaped further attention on him. Having collected three back-to-back Italian titles and a Champions League winners medal, he was linked with a move away from the San Siro.

A long and drawn out move to Manchester City, potentially worth £30 million in total, was finally completed in August 2010.

Strengths: Agile, quick and powerful, he has all the attributes that a top-class striker should have.

Weaknesses: Temperamental and hot-headed, his off-field issues overshadow his talent. His work-rate and attitude have also been criticised.

Career High: Making his debut for Italy in an international friendly against Ivory Coast in August 2010, days before signing for Man City.

Career Low: In March 2010, he came under heavy criticism from fans after he publicly sported an AC Milan shirt, leading to an apology on the club’s website.

Quotes: ”I had a love-hate relationship with Mourinho. So much was said about this and when you get two people with a similarly strong personality, they tend to clash. There were some arguments, but nothing so serious, these are things that happen. When I watch myself on television sometimes I don’t even recognise it as me. I’m a good person with healthy principles, but I am also young and like to have fun.” Mario Balotelli on former manager Jose Mourinho.

Trivia: He was born to Ghanaian immigrants Thomas and Rose Barwuah in the Italian city of Palermo, and adopted by the Balotelli family at the age of three. 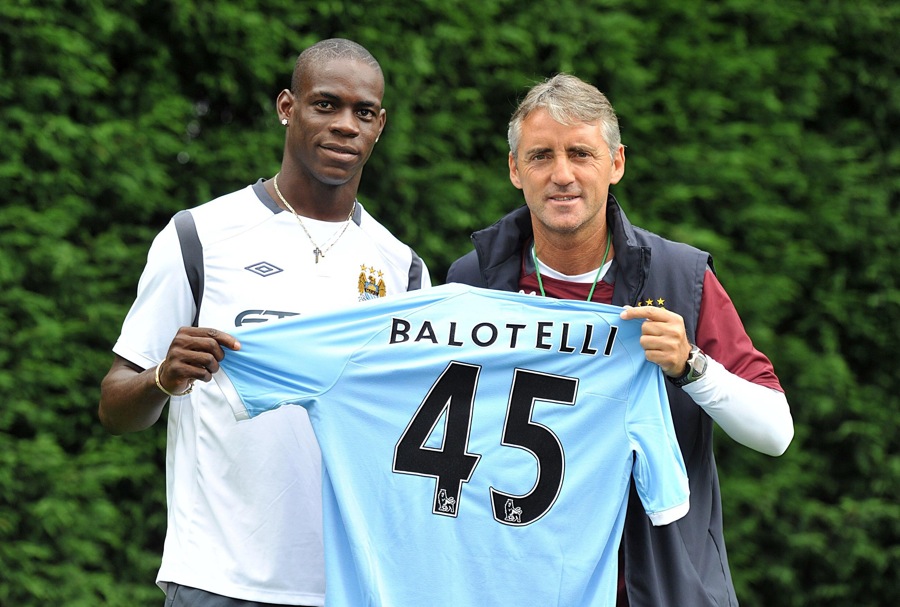