At the age of 16, Jack Wilshere had already been compared to Arsenal greats Liam Brady and Dennis Bergkamp and had become the club’s youngest ever representative in league and European football. Fabio Capello also believes he can be the future of the England side and it would be an understatement to say there is an air of expectation surrounding the willowy teenager from Stevenage, who joined the club at the age of nine.

Whispers about a talented midfielder emerging from the youth ranks at London Colney were given credence when, during pre-season in 2008, a 16-year-old Wilshere was welcomed into the senior squad and memorably embarrassed Real Madrid’s Michel Salgado at the Emirates Cup.

Becoming the youngest ever player to appear in the league for Arsenal at the age of 16 years and 256 days, he later scored his first senior goal in a 6-0 hammering of Sheffield United in the Carling Cup as he set about breaking club records aplenty.

Though he continued to be a regular presence on the Arsenal bench after another impressive pre-season in 2009, it was a loan move to Bolton in January 2010 that helped Wilshere flourish and he impressed in a central role at the Reebok Stadium when making 13 league starts under Owen Coyle, scoring his first Premier League goal in a defeat of West Ham in March.

Back in the Arsenal fold, Arsene Wenger gave him his chance and he became a regular in the Gunners midfielder while also becoming one of the first names in the national squad after his senior call-up to the England side in August 2010.

This uniquely talented prospect now faces the challenge to live up to the lofty expectations that surround him. Alas, a foot injury sustained in the summer of 2011 ultimately required surgery which ruled him out of the whole of the forthcoming campaign after his recovery was disrupted by an ankle problem.

Strengths: Wilshere’s technique is superb and for a teenager he possesses very impressive vision and a keen football brain, allowing him to take control of a game. Whether dribbling or passing, he has the ability to prise open a defence.

Weaknesses: On occasion he has demonstrated a fiery temper which could be exploited by senior pros. Wilshere also still needs to develop physically as he is very small.

Career high: A commanding performance in a 2010 win over Barcelona in the Champions League saw him outshine the world’s best Xavi and Andres Iniesta.

Career low: Missing the entirity of the 2011-12 season through injury.

Quotes: “I think it was a fantastic experience for him and a very worthwhile one for us, too. The fans can see what a great young English talent he is.” Owen Coyle on Wilshere’s impact at Bolton.

Trivia: Wilshere actually started his career with Luton Town but Arsenal spotted him in a game against Barnet and snapped him up, aged nine. 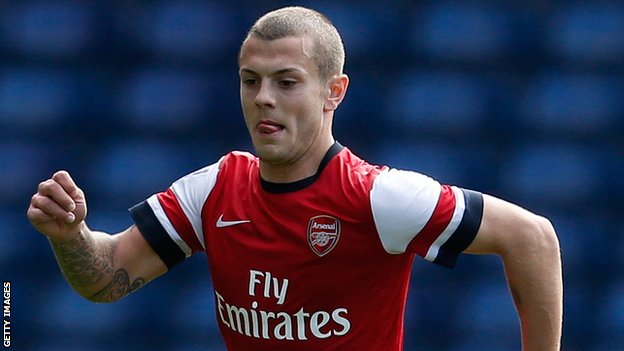