De Gea only made his debut for the Atletico Madrid first-team in 2009, having enjoyed prominence in Spain’s youth teams since the age of 16, but signed for Manchester United two years later in a deal worth around £18 million.

Winning the 2007 Under-17 European Championships, De Gea’s international career began much earlier than his club one and he also finished second at the Under-17 World Cup in the same year.

He came through the ranks at Atletico and, after impressing for the reserve side, was given his chance to shine when Sergio Asenjo made some high profile errors in the 2009-10 season. Quickly establishing himself as the Rojiblancos No. 1, he helped the side win the Europa League and also starred in the UEFA Super Cup win over Inter Milan in 2010.

Linked with replacing Edwin van der Sar at Manchester United, De Gea’s star was on the rise after a successful U-21 European Championships and it was not long before the English champions swooped to get their man in June 2011.

Strengths: His nerve is excellent and he keeps cool in pressure situations. Tall and commanding from high balls, he is also very fast.

Weaknesses: Susceptible to shots from outside the area as demonstrated by Edin Dzeko’s goal in the Community Shield. Only two goalkeepers in the top five European leagues conceded more times from long-range efforts than De Gea in 2010-11.

Career high: Having won the Europa League, De Gea then saved a penalty as Atletico beat Inter Milan 2-0 in the subsequent Super Cup.

Career low: Missing out on the 2010 World Cup, after he was named in Spain’s the initial 30-man squad.

Style: Calm, confident, agile, a solid presence at the back.

Quotes: “He has all the attributes to go on and become a great goalkeeper. The calmness he displayed in such big games was tremendous; he has great nerve.” Former Atletico boss Abel Resino.

Trivia: His team-mates at Atletico have already nicknamed him Van der Gea, because of his physical likeness to the Dutchman, and his similar style. 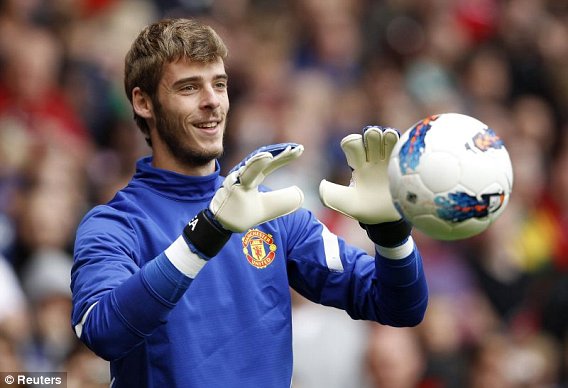