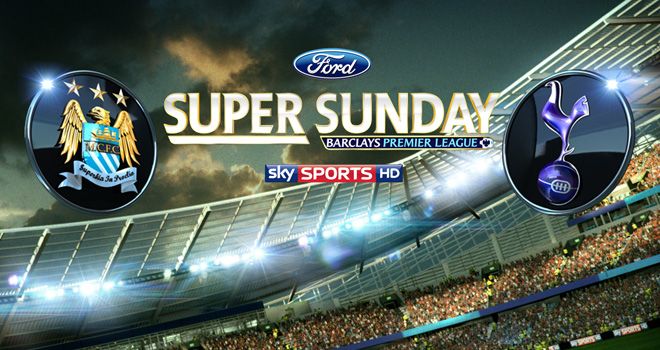 m-88: GOAL FOR MAN CITY. Edin Dzeko. Silva spots Dzeko with a fantastic dinked pass into the box and the striker does brilliantly to smash home his effort past the helpless Friedel. Fine goal.

m-87: Lennon comes off for Naughton.

m-76: Adebayor is booked for the challenge on Zabaleta.

m-65: GOAL FOR MAN CITY. Sergio Aguero. City break and get a little luck as the ball bounces off Toure and falls into the path of Aguero. The striker turns Caulker in the box before calmly slotting past Friedel.

m-29: Zabaleta gets booked after bringing down Adebayor once again.

m-26: Walker goes into the book for a late tackle on Clichy.

m-21: GOAL FOR TOTTENHAM. CAULKER. Huddlestone sends in a peach of a cross from the resulting free-kick and Caulker rises highest to head home. Hart gets a touch to it but not enough to keep it out. Should have done better.